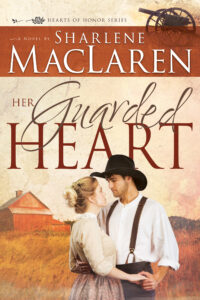 At age twenty-one, Anna Hansen has had more than her share of hardship. Her mother died when she was eleven and her father just passed away under mysterious circumstances, leaving her to care for her ten-year-old brother, Billy Ray. She struggles to hang onto the family farm but it’s facing foreclosure and things are looking grim.

Next door, Jesse Fuller’s drive, work ethic, and skill ensure that his family’s farm is a growing success. His brothers think he should marry Anna to help out her and her kid brother…while also enabling the Fullers to expand their operation. But Jesse has never had romantic feelings for Anna and the idea doesn’t appeal to him.

In the meantime, Horace Blackthorn is hell-bent on acquiring the Hansen farm for reasons of his own. And he’ll do whatever it takes to get it—lie, cheat, steal…even murder. 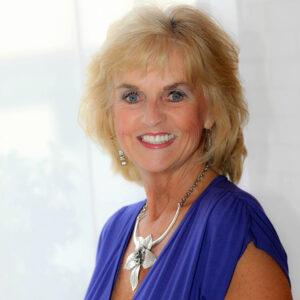 Born and raised in west Michigan, Sharlene MacLaren attended Spring Arbor University. Upon graduating with an education degree in 1971, she taught second grade for two years, then accepted an invitation to travel internationally for a year with a singing ensemble. Afterward, she returned to her teaching job, then in 1975, she reunited with her childhood sweetheart, and they married that very December. They have raised two lovely daughters, both of whom are now happily married and enjoying their own families. Retired in 2003 after thirty-one years of teaching, Shar loves to read, sing, travel, and spend time with her family—in particular, her adorable grandchildren!

Shar has always enjoyed writing, and her high school classmates eagerly read and passed around her short stories. In the early 2000s, Shar felt God’s call upon her heart to take her writing pleasures a step further, so in 2006, she signed a contract with Whitaker House for her first faith-based novel, Through Every Storm, thereby launching her professional writing career. With almost two dozen published novels now gracing store shelves and being sold online, Shar gives God all the glory.

Shar’s novels have won numerous awards. Most recently, Their Daring Hearts was named a 2018 Top Pick by Romantic Times, and A Love to Behold was voted “Book of the Year” in 2019 by Interviews & Reviews. The two prior books in Shar’s Hearts of Honor series, centered on the Fuller brothers, include Her Rebel Heart and Her Steadfast Heart.

Shar has done numerous countrywide book signings and has participated in several interviews on television and radio. She loves to speak for community organizations, libraries, church groups, and women’s conferences. In her church, she is active in women’s ministries, regularly facilitating Bible studies and other events. Shar and her husband, Cecil, live in Spring Lake, Michigan.

For Him and My Family, February 24

To celebrate her tour, Sharlene is giving away the grand prize package of a $20 Starbucks gift card and a copy of the book!!