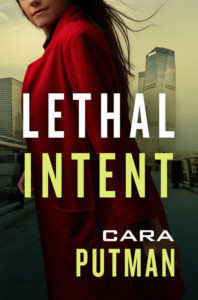 If they expected silence, they hired the wrong woman.Caroline Bragg’s life has never been better. She and Brandon Lancaster are taking their relationship to the next level, and she has a new dream job as legal counsel for Praecursoria—a research lab that is making waves with its cutting-edge genetic therapies. The company’s leukemia treatments even promise to save desperately sick kids—kids like eleven-year-old Bethany, a critically ill foster child at Brandon’s foster home. When Caroline’s enthusiastic boss wants to enroll Bethany in experimental trials prematurely, Caroline objects, putting her at odds with her colleagues. They claim the only goal at Praecursoria is to save lives. But does someone have another agenda? Brandon faces his own crisis. As laws governing foster homes shift, he’s on the brink of losing the group home he’s worked so hard to build. When Caroline learns he’s a Praecursoria investor, it becomes legally impossible to confide in him. Will the secrets she keeps become a wedge that separates them forever? And can she save Bethany from the very treatments designed to heal her? This latest romantic legal thriller by bestseller Cara Putman shines a light on the shadowy world of scientific secrets and corporate vendettas—and the ethical dilemmas that plague the place where science and commerce meet.

In this continuation of The Hidden Justice series, Caroline finally gets her story while the reader also gets to catch up with Hayden, Emilie, Jaime, and Savannah from the previous books. It can definitely be read as a stand alone, though becoming acquainted with Caroline’s tightly-knit circle of friends prior to reading this book will increase the reader’s appreciation. The plot moves at a good pace and is infused with cutting edge medical technology which becomes the basis for the suspense.
Caroline is a newly hired counsel for a medical research company and the reader learns about the fascinating world of patent law, FDA approval, and research protocols along with Caroline. Brandon is a former pro-football player running a group foster home specifically for siblings. The book opens with Caroline and Brandon already in a serious relationship, which is sorely tested and tried when one of Brandon’s foster children becomes a subject in her company’s trial. Things unravel quickly for both of them professionally and personally as the child gets sicker, Brandon’s program is threatened by new laws, Caroline’s days are filled with confusion, and several people tied to the research are targeted. There are glimpses into the villain’s thoughts which add an interesting layer to the plot. The ending didn’t tie up all loose ends, but felt realistic. If you are a fan of legal suspense with a dose of romance, you will definitely enjoy this book.

I received a copy of the book from Thomas Nelson via Celebrate Lit Tours and was under no obligation to post a positive review. All comments and opinions are solely my own.

As a preteen Cara Putman watched lawyers change legislative opinions at an important legislative hearing in Nebraska. At that time, she wondered if she became an attorney if people would give her words the same weight. An honors graduate of the University of Nebraska Lincoln, George Mason University School of Law and Krannert School of Management at Purdue University, Cara has turned her passion for words into award-winning stories that capture readers. Her legal experience makes its way into her stories where strong women confront real challenges.An award-winning author of more than 30 books, Cara writes legal thrillers, WWII romances, and romantic suspense because she believes that no matter what happens hope is there, waiting for us to reach for it.When she’s not writing, Cara is an over-educated attorney who lectures in law and communications at the Krannert School of Management at Purdue University and homeschools her children. She and her family live in Indiana, the land of seasons. You can read chapters for most of her books and connect with Cara at her website: http://caraputman.com.

Each novel has a unique genesis story. The spark that launches it into a journey of 90,000 words. For Lethal Intent, that journey began with a friend’s journey of childhood leukemia with her oldest. From watching their family wind through years of treatment including cutting edge therapy trials. Then it developed with the Immortal Life of Henrietta Lack and the thought what would someone be willing to do if they believed they’d found the next strain of immortal cells. The lead characters made appearances in other books, but now would have their opportunity to step to center stage. The story morphed and changed, dictated by the vagaries of the law and changes.   Each story has a spark. For Caroline it was a brainstorming session with my writing buddies Rachel Hauck, Colleen Coble, and Denise Hunter. That was when her backstory developed, all the things that happened to her to form her into the adult she is on the pages. One who cares deeply about others but who is fundamentally scared, longing for a place she can relax and take a deep breath.   Each story has a spark. For Brandon, it was brainstorming with another writing friend Tricia Goyer that lead to a creative job for a hero that wasn’t the typical law enforcement. His role with the group foster home was set and the backstory filled in quickly. What would it be like to be separated from and lose a brother in the foster care system? Would that generate this need to keep sibling groups together? And then the law changes and the fabric of your professional identity and something so much deeper is threatened.   Each story has a spark. The pharmaceutical start-up where ethics collides with the desire to save children. The push to do whatever it takes overshadowing the guardrails of the law. If they expected silence, they hired the wrong woman. But does Caroline really have the strength to battle and does she need to?   Lethal Intent grew from each of these sparks and many more to develop into a story I can’t wait for you to read. In the process I learned immense amounts about CAR-T cell therapies and foster care law. Most of all, I hope you’ll fall into the pages and be engrossed in a story you can’t bring yourself to put down until the final page.

Through the Fire Blogs, January 22

For the Love of Literature, January 25

For Him and My Family, January 26

Where Faith and Books Meet, January 27

Because I said so — and other adventures in Parenting, January 28

Spoken from the Heart, January 31

Adventures of a Travelers Wife, February 1

To Everything There Is A Season, February 2

To celebrate her tour, Cara is giving away the grand prize package of a “Just one more chapter” pillow cover, a copy of the book, an Erin Condren journal, and a hand-stamped bracelet!!

Her Guarded Heart Spotlight and Giveaway